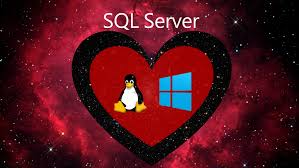 Today, Microsoft announced the public preview of the next release of SQL Server on Linux and Windows, which brings the power of SQL Server to Linux for the first time ever. But the love fest doesn’t stop there. The Linux Foundation announced today that Microsoft has joined the organization as a Platinum member during Microsoft’s developer event in New York. Want to learn how to get started? The Microsoft Mechanics demonstrates SQL Server on Linux, including how you can: download and install SQL Server on a Linux Virtual Machine; run your SQL Server-based apps inside of Docker containers and improve the performance of your applications using powerful features such as Column Store in SQL Server.

MCP Party at the Museum

Be the first to comment on "SQL Server on Linux"